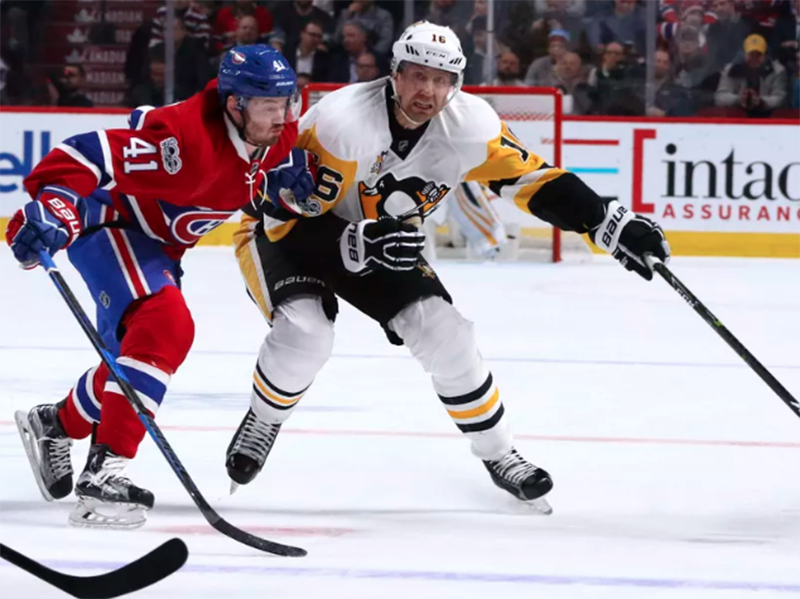 After a game where Matt Murray allowed a staggering seven goals, the Pittsburgh Penguins' young goalie allowed only one against the Montreal Canadiens (27-13-6) in Pittsburgh's 4-1 win Wednesday night. With the defense allowing only 20 shots on net, Murray’s job was considerably easier than in his previous game against the Washington Capitals. The game began with both teams' offenses off to a good start, but Pittsburgh (28-11-5) got on the board firsts thanks to a wide-open Ian Cole flying ... END_OF_DOCUMENT_TOKEN_TO_BE_REPLACED

In the Pittsburgh Penguins' (2-1-1) first road game of the season, against the Montreal Canadiens (2-0-1), the home team, in its home-opener, was able to capitalize on the man-advantage and on the Penguins' injuries. Defenseman Kris Letang and winger Conor Sheary didn't finish the game for Pittsburgh, and the Pittsburgh offense was unable to tally a single goal in the 3-0 loss. Marc-Andre Fleury, who was slotted in at goal, didn't look as effective as he did in his first three ... END_OF_DOCUMENT_TOKEN_TO_BE_REPLACED

Montreal Canadiens (1-0-1) For the first time this year, the Montreal Canadiens will be playing on home ice at the Bell Centre. Defenseman Shea Weber, a big offseason acquisition by Montreal, will be playing for the first time in his new home. So far this season, Weber has two assists, but winger Brendan Gallagher leads the team with two goals and an assist this early in the season. The Canadiens have some very young players on their roster. While youth can be the reason behind ... END_OF_DOCUMENT_TOKEN_TO_BE_REPLACED