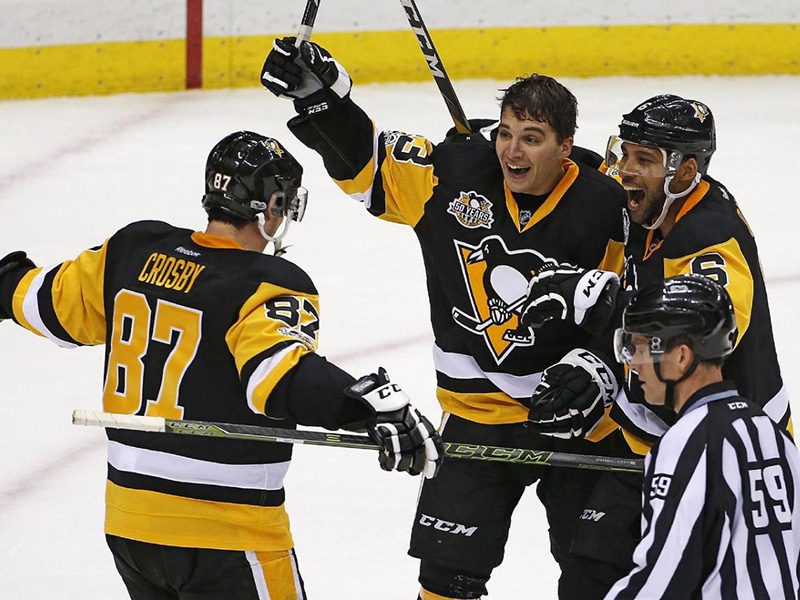 On Monday night, fans were once again treated to one of the most intense division rivalries in the league, when the Pittsburgh Penguins (27-11-5) took the ice against the Washington Capitals (29-9-6). While the teams combined for a staggering 15 goals, the Penguins just edged out the 8-7 win in overtime.

The game ended in just 34 seconds into the extra period when Conor Sheary zoomed down the boards and shot right at the Capitals’ goalie, Braden Holtby. The puck was never completely gathered, and it was nudged in by Washington defensemen Matt Niskanen.

Matt Murray got the start in net, and it was cringeworthy watching him give up so many goals, but a win is a win.

Pittsburgh’s win snapped a three-game losing streak and couldn’t have come at a better time or against a more important opponent. With the Metro division so clumped up, it’s incredibly important that the Penguins start stringing wins together.

Against the Capitals, Evgeni Malkin shined. He scored a hat trick, helping to snap Washington’s nine-game winning streak. And Sidney Crosby was instrumental in the win too with one goal and three assists.

Following Monday’s game Crosby had this to say to the media:

“It’s kind of weird the way it works out sometimes. We felt like we had to work really hard to generate offense the last few games and, tonight, you get some bounces and bury some chances and it’s a different story.”

Sometimes you get lucky

The Penguins have a talented roster — no doubt — but scoring eight goals against Washington is a major feat regardless, especially considering the talent of the Capitals’ roster. Still, Pittsburgh — and Washington, for that matter — had some lucky bounces that inflated both teams’ scores.

At the end of the day, it’s all about getting just one more goal than your opponent and, with the help of Conor Sheary, who scored 34 seconds in overtime, the Penguins were able to do that. Eleven Pittsburgh players had at least one point and played a role in defeating their divisional foe.

At the end of the day, the Penguins laid out some great offense, and it’s encouraging to see considering the team’s struggle to score in the last handful of games. This win might be the spark the team needs but both the goalie and defense must show up in their next game.

Like Sullivan said after Pittsburgh’s game against the Detroit Red Wings a few nights ago, teams typically can’t win after giving up six goals. While the team may have proved its head coach wrong in this instance, the Penguins certainly can’t keep getting away with allowing so many goals and continue to add to the win column.

The Pittsburgh Penguins now go on the road to face the Montreal Canadiens on Wednesday night at 7:30 p.m. EST.