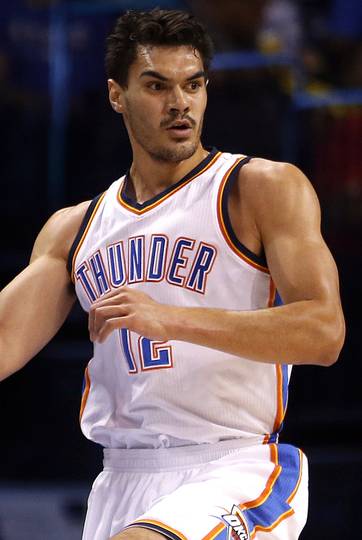 For years, you could turn on any NBA game on television and you would be guaranteed not to see one thing- a Pitt Panther on the court contributing at the next level. But while the NBA still isn’t littered with former Panthers, Jamie Dixon has gotten a pair of players to the NBA in recent seasons as both Lamar Patterson and Steven Adams are starting to carve out a nice niche on their respective NBA teams. The more success guys like Patterson and Adams have at the next level, the better it ... END_OF_DOCUMENT_TOKEN_TO_BE_REPLACED

For the second consecutive year, the Pitt Panthers were represented in the NBA Draft. Unlike last season when Steven Adams went in the lottery, this year forward Lamar Patterson was selected in the second round with the No.48 pick overall by the Milwaukee Bucks. However Patterson’s stay in Milwaukee was a short one, as he was quickly dealt to the Atlanta Hawks. Atlanta is a nice landing spot for Patterson, who averaged 17 points, five rebounds and four assists per game for the Panthers ... END_OF_DOCUMENT_TOKEN_TO_BE_REPLACED

Last year at this time, the Pitt basketball program was preparing to celebrate having turned out a lottery pick when Steven Adams was drafted by the Oklahoma City Thunder. This year when the NBA Draft comes and goes, it could do so without hearing Lamar Patterson’s, Pitt’s only NBA hopeful, name called. For a while Patterson was projected to be a mid- second round pick and while that could still be the case, it seems over the course of the past month that Patterson’s draft stock has fallen ... END_OF_DOCUMENT_TOKEN_TO_BE_REPLACED

It doesn’t matter whether they are members of the Big East Conference or the ACC, the Pitt Panthers will always have their problems with Mike Brey’s Notre Dame Fighting Irish. That was the case again Saturday for the Panthers, but unlike the past five meetings between the two schools, this time Pitt found a way to come away with an 85-81 victory in overtime. Lamar Patterson scored 20 points, including a pair of free throws with two seconds left, and Talib Zanna had 17 points and 14 ... END_OF_DOCUMENT_TOKEN_TO_BE_REPLACED

The Pitt basketball team has had their share of close games as of late, having not won a game in regulation since January 25. They haven’t learned from all their close encounters. Senior night wasn’t kind to Pitt seniors Lamar Patterson and Talib Zanna as the duo combined to go only 9-for-25 from the floor as the Panthers were upset at home by Florida State 71-66. Pitt (20-7, 8-6 ACC) shot only 37 percent from the floor and 63 percent from the charity stripe in the loss. “Not what I ... END_OF_DOCUMENT_TOKEN_TO_BE_REPLACED

Syracuse freshman point guard Tyler Ennis played a major role down the stretch the last time No. 1 Syracuse and No. 25 Pitt hooked up, but that was nothing compared to what Ennis had in store for the Panthers when the undefeated Orange visited the Petersen Events Center Wednesday night. Ennis drained a walk-off three-point shot at the buzzer from just inside half court as Syracuse remained unbeaten with a dramatic 58-56 victory. Talib Zanna, who led Pitt (20-5, 8-4 ACC) with 16 points and ... END_OF_DOCUMENT_TOKEN_TO_BE_REPLACED

Jamie Dixon’s No. 25 Pitt Panthers' basketball team hasn’t turned in a dominating performance over the course of their last three games. Pitt was hoping that would change with Virginia Tech visiting the Petersen Events Center Saturday afternoon. Unfortunately that wasn’t the case as the 8-14 Hokies (1-9 in ACC play coming in), losers of nine straight games, gave the Panthers all they could handle as Pitt needed a bit of luck to gut out a 62-57 double overtime victory, marking the first ... END_OF_DOCUMENT_TOKEN_TO_BE_REPLACED

After dropping back-to-back conference games, Jamie Dixon’s No. 25 Pitt Panthers needed any kind of win they could get Wednesday night when they traveled to Miami for an ACC tilt. They didn’t earn many style points, but Pitt scraped together just enough to come away with a 59-55 ugly overtime win to remain among the ACC’s top four teams. Both teams struggled to score the ball all night long which made this game a lot closer than it should have been for the Panthers. After scoring the ... END_OF_DOCUMENT_TOKEN_TO_BE_REPLACED

Throughout Pitt’s start to the season, there has been one constant on Jamie Dixon's team- senior Lamar Patterson. Patterson emerged as Pitt's best player and a legitimate ACC Player of the Year candidate. He's been named ACC Player of the Week three times already and has been a big part of why the Panthers got off to a surprise start through their first 20 games of the season. However the past week hasn't been very kind to the senior as he has struggled in a big fashion as No. 25 Pitt has ... END_OF_DOCUMENT_TOKEN_TO_BE_REPLACED