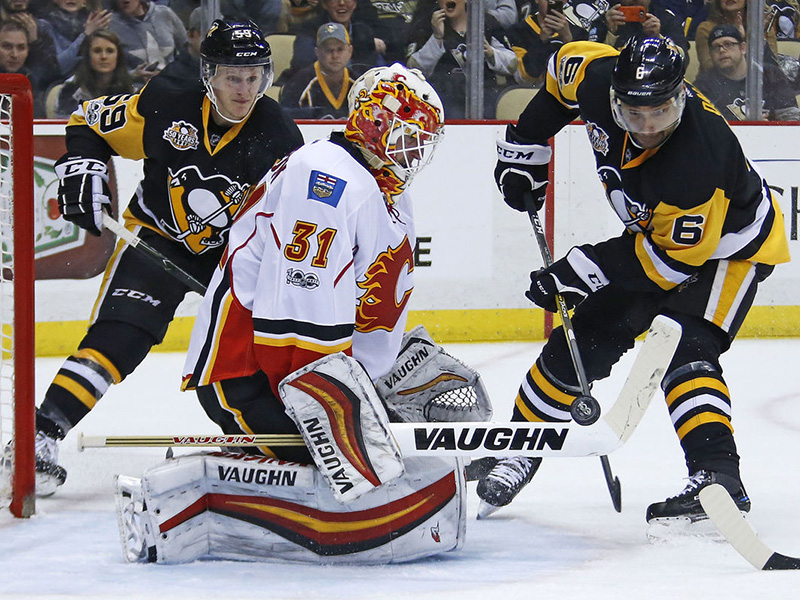 Riding a three-game win streak, expectations were high for the Pittsburgh Penguins (33-13-6) heading into their game against the Calgary Flames (28-25-3). But the Penguins didn't have the explosive start they were hoping for — Pittsburgh was down 2-0 after the second period — and it hurt the team's chances in the long run. In the end, the Penguins fell to Calgary 3-2 in a shootout loss. “We didn’t have very many shots in the first half of the game,” said winger Chris Kunitz, who scored ... END_OF_DOCUMENT_TOKEN_TO_BE_REPLACED

Around midnight last night, Aaron Ward of TSN reported that the Boston Bruins traded for Calgary Flames captain Jarome Iginla. It was a great move by them and at that point, I was ready to go to bed early for once. At 1:30 a.m., however, Ward deleted his tweet and it was announced that it was in fact the Pittsburgh Penguins that traded for Iginla. Are you kidding me, Shero? How did you do this. So I'm not taken out of context, I LOVED the move. I was nervous because I saw what the Bruins ... END_OF_DOCUMENT_TOKEN_TO_BE_REPLACED

It is really hard to pin point anything that the Pittsburgh Penguins may need to add to their roster, but one thing may be sticking out in Penguins fans minds.  A veteran presence may be something many people overlook or say is overrated, but it is something that sticks out between the 2009 Stanley Cup year to this team. A name that has surfaced through the grapevine is Calgary Flames forward Jarome Iginla.  Iginla could be that veteran presence that this team could use moving forward the rest ... END_OF_DOCUMENT_TOKEN_TO_BE_REPLACED